DWP has accepted the majority of the recommendations from the fifth Independent Review of the Work Capability Assessment (WCA).

The final review, which was carried out by Dr. Paul Litchfield, was published in November 2014. Dr. Litchfield looked at the changes that had been made to the WCA in response to the first four reviews. Although he made some recommendations for further improvements, Dr. Litchfield said:

“My counsel would be to let the current WCA have a period of stability – it is by no means perfect but there is no better replacement that can be pulled off the shelf.”

Dr Litchfield made 28 recommendations and 26 have been accepted. These relate to a range of issues including: • An increase in the number of people being placed in the Support Group, especially younger people; • The need to ensure that communications are as good as they can be especially for more vulnerable claimants; • Better support for claimants with learning disabilities.

One of the recommendations from the fourth independent review was that DWP should make it clear that evidence from care professionals such as community psychiatric nurses, support workers and carers can prove extremely useful when deciding whether someone is entitled to Employment and Support Allowance. This is particularly the case if someone has a mental health condition. 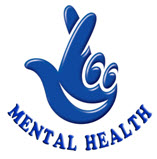 As a result DWP has improved the ESA50 questionnaire, which people complete when they claim ESA. DWP sought the views of disability organisations to help inform these changes. The revised ESA50 questionnaire will be issued from March.

“Community support workers for people with mental health conditions/learning difficulties have been chopped left, right and centre through the millions of pounds slashed from county council budgets. Are we supposed to believe it will get better in todays fiscal climate? – I don’t think so”