What does the future hold for integrated care systems?

Chris Ham writing for The King’s Fund: NHS England’s belated decision to change the name of accountable care systems to integrated care systems has the virtue of describing more accurately the work being done in the 10 areas of England operating in this way. Despite this, there is understandable confusion in many quarters about NHS England’s plans, and uncertainty about what they mean for the NHS in the medium term.

Integrated care systems, as they were re-branded in updated planning guidance published recently by NHS England, bring together NHS commissioners, providers and local authorities to plan how to improve health and care for the populations they serve. For the organisations involved in these systems, lines of accountability remain unchanged. NHS organisations continue to look upwards to NHS England and NHS Improvement and local authorities look outwards to their communities. Many systems are also working to establish a form of mutual accountability in which the organisations involved hold each other to account for the delivery of their plans.

Mutual accountability hinges on the existence of a high degree of trust and respect between organisations and their leaders. It also requires the establishment of governance arrangements that support collaboration while respecting the statutory responsibilities of these organisations. Integrated care systems have no basis in law and they depend on the willingness of the organisations involved to think and act as part of a wider system even when it may not be in their interests to do so. 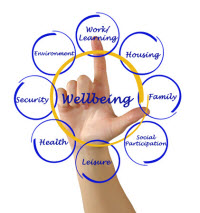 These systems also require NHS England and NHS Improvement to work together to oversee how areas working in this way are performing. This is beginning to happen in some areas through joint working by teams drawn from national bodies and the development of single regulatory oversight. NHS England’s expectation is that integrated care systems will become self-governing as they mature and that regulatory intervention will then be the exception rather than the rule, but this is some way off in most areas.

The updated planning guidance makes clear that integrated systems will become increasingly important in planning services and managing resources in future. The 10 areas already operating in this way will prepare a single system operating plan and take responsibility for a system control in 2018/19. The guidance also states that other systems will join the programme where they can demonstrate strong leadership, a track record of delivery, strong financial management, a coherent and defined population, and compelling plans to integrate care. The message could not be clearer: system working is here to stay.

Integrated care systems, like the sustainability and transformation partnerships from which they have evolved, are conscious workarounds which seek to make sense of the complex and fragmented organisational arrangements resulting from the Health and Social Care Act 2012. Changes to the law to regularise what is happening, included in the Conservative Party’s 2017 election manifesto, are off the agenda for the time being. This is because the government lacks a working majority and also because Brexit is dominating the parliamentary timetable.

The difficulty this creates is that workarounds are inherently unstable, even in the most favourable circumstances, and can only be sustained for so long. Informal mechanisms such as memoranda of understanding and partnership boards to underpin decisions about the use of NHS resources have a part to play but may break down when difficult decisions arise. There are worries too that decisions will be taken behind closed doors in forums that have no statutory basis and are not open to public scrutiny.

There are worries that decisions will be taken behind closed doors in forums that have no statutory basis and are not open to public scrutiny.

Changing the name of accountable care systems to integrated care systems will not distract attention from concerns by campaigners about a proposed national contract for accountable care organisations which they fear will result in ‘backdoor privatisation’. The contract is intended to be used by NHS commissioners who wish to undertake a competitive procurement process to integrate the delivery of care for their populations. NHS England has responded to the concerns raised by delaying the contract’s introduction and agreeing to consult on how it expects it to be used.

The puzzle is why the proposed contract is needed when many areas of England have already made moves to integrate care making use of existing legislative flexibilities. These areas are working with NHS providers to align hospital, community and mental health services, with GPs and adult social care services also involved in some places. They are doing so in a variety of ways, including through the use of alliance contracts and lead providers who subcontract with other providers to join up care in public sector partnerships..

Where this is happening, the emphasis on collaboration between commissioners and providers appears to run counter to the intention that the proposed contract should be used in a competitive procurement process. Clinical commissioning groups are also often uncertain on when they are required to go out to tender for the services they commission and are alert to the possibility of legal challenges from private companies who may feel excluded from decisions to keep contracts within the NHS family. The NHS market may be dying but is not yet dead, underlining the tension at the heart of recent developments.

For the foreseeable future, the NHS and its partners will have to live with this tension and the ambiguity it creates. They will also hope that the political will can be found before too long to align the law with the priority now being given to integrated care and partnership working. Is it too much to expect a cross party consensus to emerge that will make this possible?