What do the manifestos mean for the NHS?

Where they exist, the differences between the three parties relate to the extent of these commitments, how they will be paid for, and which other issues each party sees to be important. On funding, for example, there are small but not trivial differences in the scale of increases planned, although comparisons are not helped by lack of detail on the commitments that have been made. From what we know, it appears that Labour’s plans are marginally more generous than those of the Conservatives and Liberal Democrats – at least in the early years of the parliament.

Labour and the Liberal Democrats plan to fund spending increases by raising more from taxes – on people earning over £80,000 a year in the case of Labour and by putting 1p on income tax in the case of the Liberal Democrats. The Conservatives plan to means test winter fuel payments and use the savings to increase spending on health and social care. Even with these commitments, spending under any future government will rise by only around 1 per cent per annum in real terms, well below the long-term annual trend of 4 per cent and less than the Office for Budget Responsibility has indicated is likely to be required.

Issues seen to be important to each party include giving priority to children’s health (Labour), exploring the possibility of a dedicated health and care tax (Liberal Democrats), and reviewing the operation of the NHS internal market (Conservatives). The Conservatives also plan to introduce legislation to create an independent health care safety investigations body, Labour makes a commitment to legislate on safe staffing levels, and the Liberal Democrats promise to establish an independent monitoring agency for health and social care, similar to the OBR.

The absence of any really radical plans for the NHS, in contrast to some of the proposals put forward for social care, has the benefit of creating a degree of certainty for NHS leaders. Readers of Labour’s commitment to repeal the Health and Social Care Act and reinstate the powers of the Health Secretary to have overall responsibility for the NHS might disagree with this assessment, but in truth the powers of the Health Secretary have never disappeared. Repealing the Act could also end up looking similar to the Conservatives’ commitment to consult on and if necessary make legislative changes to support delivery of NHS England’s plan.

Yet with certainty also comes anxiety. The prospect of five more years of austerity when the NHS is struggling to deliver current standards of care represents a huge challenge, and this will be accentuated by the risks associated with Brexit, especially in relation to retaining and recruiting EU staff, despite manifesto commitments to safeguard the rights of EU nationals working in the NHS. The absence of detail behind spending commitments will also raise concerns about the impact on budgets for public health and for education and training and the effect of social care pressures on the NHS. 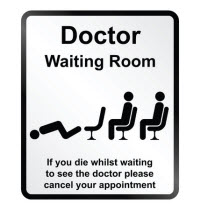 What is clear is that the NHS must use new resources to support reform and not just to prop up existing services. This means taking forward work that has started on sustainability and transformation plans – assuming that these are allowed to continue – and developing further the new care models that seek to achieve greater integration of care. The NHS five year forward view will now extend over eight years, creating more time – though no less urgency – to make the transformations of care required to meet the changing needs of the population. The spotlight will be on NHS leaders to demonstrate that the Forward View really can deliver transformation.

In some areas, changes will be needed to the provision of hospital services, for example by concentrating some services in fewer hospitals where there is evidence that this will improve outcomes for patients. Shortages of doctors, nurses and other frontline staff are making these changes more urgent because of the difficulty many hospitals are having in sustaining safe services. Where the clinical case for change has been made, politicians should not stand in the way of this, even in the face of public concern and the likelihood that some patients will need to travel further to access care.

The NHS must also make evolutionary and rapid organisational changes to tackle the complex and fragmented legacy of the Health and Social Care Act 2012. The most promising possibilities lie in the emergence of accountable care systems, in which providers collaborate to meet the needs of defined populations. If these systems are to succeed, the work of national regulators needs to be aligned and streamlined to enable leaders to build accountable care systems appropriate to their areas. Changes to the legal framework, as foreshadowed in the manifestos, could also help, provided that they do not herald a further damaging and distracting top-down reorganisation.