The Sunday People writes – Social Networking sites – what are they good for?

Absolutely nothing, some might say. Or, at least, nothing that is particularly helpful or in any way useful.

Day after day vicious and anonymous Twitter trolls, their moronic counterparts on Facebook and YouTube and other saddos lurking in the net’s darkest corners spew torrents of the vilest abuse aimed at the weak, disabled, mentally frail and vulnerable. 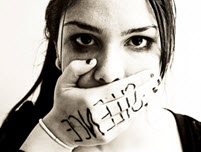 The hapless victims of these remorseless keypad warriors are often tipped over the edge and driven to suicide.

A court heard the teenager – who cannot be named for legal reasons – used the site to send images of the 15-year-old girl to a friend, after they’d agreed the fee.

He had 170 intimate photos of his victim which he was preparing to distribute before police raided his home. You might think we’ve become a nation of cold-hearted, cowardly bullies. But, of course, it’s going on worldwide. Islamic State barbarians are believed to have decided to burn captured Flight Lieutenant Moaz al-Kasabeth alive after the idea was first floated and discussed on Twitter.

fanatics writing in Arabic invited followers to suggest the best ways to “kill the Jordanian pilot pig.” Messages were then shared thousands of times by web-savvy jihadi maniacs.

Their Twitter campaign appeared to have been a reaction to others writing with hashtag #WeAreAllMoaz# in which well-wishers including Jordan’s Queen Rania and Crown Prince Hussein showered the pilot with praise. But we shouldn’t despair of human nature.

Because for every act of human depravity committed through the internet, there’s tale of heart-warming kindness to be told. Consider the story of disabled pensioner Alan Barnes who was knocked to the ground by a mugger outside his Tyneside council house and broke his collarbone.

Mr Barnes, who is barely 4ft 6in, was taken to hospital where he then said he felt too frightened to return home.

After reading about this poor man’s ordeal in her local paper, Gateshead beautician Katie Cutler set up a page on a website called Go Fund Me. She hoped to raise £500 to help with his relocation costs.

The fund was closed on Wednesday having raised £329,000 – donated not only by generous Brits but from almost every corner of the globe.

Mr Barnes can now afford to buy his own home for the first time. Katie, 21, said she was overwhelmed to discover “there are so many lovely people out their”.

“Katie’s so right and to forget it would be the downfall of humanity.”