Tinnitus, Hearing Loss and What You Can Do

Tinnitus is the term given to a condition where a person can hear a sound inside their head or ears which does not originate from an external source.

Sometimes the sound can be constant, for some it can happen intermittently. Tinnitus is often described as a ‘ringing in the ears’, and is in fact derived from the Latin word for ‘ringing’. But there are other sounds that are commonly heard including:

Tinnitus is often a symptom of a problem with the ear or the hearing pathways to the brain. Usually, it occurs when the inner ear is damaged or impaired in some way. Some of the causes of tinnitus are exposure to loud noises, ear infections, a head injury or a waxy build-up in the ear. It can also be a side effect of some medications and sometimes linked to high blood pressure. 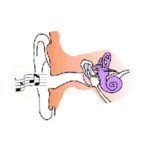 If only tinnitus was music in your ears !

In the UK, around 6 million people (10% of the population) are thought to have mild tinnitus, with about 600,000 (1%) experiencing it to a severity where it affects their quality of life. Tinnitus is more common in people aged over 65 – who are also more likely to be experiencing age-related hearing loss – but it can affect people of all ages, including children.

Currently there is no single treatment for tinnitus that works in the same way for everyone, but there are recommended ways to manage the condition. If an underlying cause of your tinnitus can be found, effectively treating it may help improve or completely dispel your tinnitus. For example, if a build-up of earwax is deemed responsible, eardrops or ear irrigation may be recommended.

If a specific cause can’t be established, the focus will be on helping you to manage the condition on a daily basis. As tinnitus is often most noticeable in quiet environments, background noise such as music or the television can help distract you from the sound of tinnitus.

Listening to natural relaxing sounds, such as the sound of rain or the ocean, or even using a white noise generator can help. There are environmental sound generators available which are small, electronic devices that produce the recommended soothing sounds.
For those who are living with hearing loss as well as tinnitus, a combination of hearing aids with built-in sound generators can be used. Improved levels of hearing can also help minimise the effects of the tinnitus in the same way that sound generators might.

Try these digital hearing aids which feature the latest in tinnitus programmes:

Phonak Audeo q90 Smart Mini: : Available in a Receiver In Canal (RIC) style. A tinnitus program helps to reduce the symptoms of tinnitus by playing sounds of your choice through the hearing aids, whilst other features include background noise suppression, wind noise reduction, whistle elimination and a program which softens sudden loud noises.

Widex Dream 440 Passion Fusion: The Dream 440 is an In The Ear (ITE) style hearing aid. Features programs to soften the sound of sudden loud noises and a tinnitus program which plays harmonic sounds to relieve the symptoms. Also features background noise reduction and feedback cancellation.

Tinnitus, From Tyrant to Friend: How to Let Go of Ringing in your Ears