Should free personal care be available in England?

Simon Bottery writing at The King’s Fund: Imagine you live in Cornhill-on-Tweed, Northumberland, and, as you get older, find you can no longer get dressed by yourself. You ask your local council for help in your home but discover that, because you have savings of more than £23,250, you will need to pay for it yourself. Welcome to the English social care system.

Now imagine being in the same situation but living in Coldstream, a mile or so over the border in Scotland. Now when you ask for the same kind of help, you will receive it, following assessment, free of charge. Welcome to the Scottish social care system.

The Barker Commission also backed a version of free personal care in 2014 but failed to gain traction for the idea.
social-care-funding-reform”>Our new report with The Health Foundation suggests that it may be time for England to think again. While the cost of implementing the policy would be high, it is only slightly more expensive than the ‘cap and floor’ social care reform proposed by the Conservatives at the last general election. Yet the difference between the two is significant, marking a ‘fork in the road’ on the way to reform. One route – free personal care – moves us towards Scotland: a social care system that is more like the NHS, free for those who need it. The other – the ‘cap and floor’– retains the English, means-tested system for social care.

The ‘cap-and-floor’ model does have some advantages. Unlike free personal care, it directly tackles the issue of the ‘catastrophic’ costs that some people face by ‘capping’ the lifetime costs you might face (though the Conservatives never stated a figure, we assumed this would be £75,000, similar to the level set, but not implemented, in the 2014 Care Act). And it raises the ‘floor’ – the value of assets you can hold and still qualify for state support – from £23,250 to £100,000. But it also has serious, well, flaws. It is extremely complex and difficult to explain. And the value of your house would be counted towards that £100,000 ‘floor’, even for care in your own home (currently it is only counted if you need to move into a care home). Since even a two-bed bungalow in Cornhill-on-Tweed is worth £100,000, that would almost certainly mean you would still have to pay for that help to get dressed. Welcome (back) to England.

Adopting the Scottish model of free personal care, however, would mean that – subject to an assessment of your needs – you would be entitled to free care in your own home.

Adopting the Scottish model of free personal care, however, would mean that – subject to an assessment of your needs – you would be entitled to free care in your own home. You would still need to pay for so-called ‘mopping and shopping’ services (and living and accommodation costs, should you need to move into a care home) but help with basic tasks like washing and dressing at home would be covered. That’s not just good for you but supporting people to live at home is also the over-riding intention of wider health and care policy. Care is delivered closer to home and – potentially at least – in a way that’s more closely integrated with health services – a key priority in Jeremy Hunt’s (and The King’s Fund’s) list of priorities for social care reform and NHS strategy. 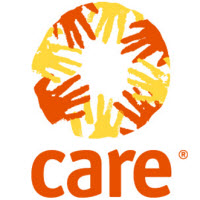 Free personal care is popular in Scotland and it has been argued it may reduce the overall per-head cost of social care by ensuring that more people access care at home rather than a more expensive care home. In large-scale discussions we held for our report in England, the idea was preferred to the current system (which, someone observed, is ‘obviously crap’). Importantly – and unlike the cap-and-floor model – it was easy to explain to people.

Free personal care is popular in Scotland and it has been argued it may reduce the overall per-head cost of social care by ensuring that more people access care at home rather than a more expensive care home.

Why then has it gone off the agenda in England in recent years? A key concern has been the money. In 1999, the Sutherland Commission split over the idea, with two commissioners dissenting from the recommendation for free personal care because of worries about the cost.

Even when Gordon Brown – somewhat at odds with his own party – introduced legislation in 2010, it was met with scepticism because no source of funding had been identified. And there remains a concern that removing the means test effectively shifts at least some of the cost from the private pocket to the public purse.

Ironically, though, it is the cost of the alternatives to free personal care – and in particular the cap-and-floor model – that may help rehabilitate the idea. Ploughing more money into the current, broken social care system seems like poor value. Simply keeping pace with rising demand will involve spending an extra £6 billion by 2030/31. ‘Resetting’ the system to the level of access in 2009/10 would cost £15 billion. Proper reform does not come cheap either. Even with its flaws, the Conservatives cap-and-floor model would still cost an additional £12 billion by 2030/31. For slightly more investment (£14 billion), we could have free personal care.

The decision about a model of reform – whether free personal care, the cap-and-floor model or any other – should be based on which of the many problems with social care we most want to solve. If we believe the most pressing problems are an inadequate public offer and an overly complex system with high administration costs and barriers to integration with health, then free personal care – or some variant of it – may be an idea whose time has finally arrived.