Charlie Cooper writing in The Independent 28/09/2015 – The Scottish government has rejected the new contract proposals by Westminster, meaning doctors in Scotland will not be affected by any reforms to pay and conditions

Scotland would “welcome” junior doctors from England threatened by a new contract imposed by Westminster, according to the Scottish Health Secretary.

Criticising the attempt to impose a new contract, despite opposition within the profession, Shona Robison said Scotland’s “doors are open”.

Ms Robison said that Scotland wants to attract medics. The Scottish government has rejected the new contract proposals by Westminster, meaning doctors in Scotland will not be affected by any reforms to pay and conditions, which doctors fear could include pay cuts for some juniors. 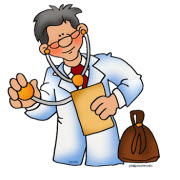 “I think Jeremy Hunt’s going to find it extremely difficult to move forward on this issue,” Ms Robison said. “There’s a lot of bad feeling now and it’s hard to do business in an atmosphere like that… I think he’s wrong-headed on this.”

Asked whether the row – which will see junior doctors balloted for strike action and many doctors opting to work in Australia – represented an opportunity for Scotland to attract young medics, she said: “Our NHS is a welcome home to junior doctors and experienced consultants from wherever. We’ve been trying hard to do that whether that’s across the UK or Europe and beyond.” Scotland has faced warnings of a “brain drain” of medical graduates.

Of the 850 to 900 medical students who graduate each year, around 100 return to work in England, according to the Royal College of Physicians and Surgeons of Glasgow. 16.6 per cent of juniors leave Scotland to work abroad within three years of graduating – double the proportion in the rest of the UK.

Scotland also performs poorly on key public health measures, with obesity and smoking rates higher than the rest of the UK. The recent Global Burden of Disease Study placed the country bottom of a list of UK nations and English regions, measured by mortality rates from conditions including heart disease, lung cancer and drug abuse.

However, since devolution in 1999, when the Scottish government took on responsibility for health, the country has led the UK on a number of public health measures.

It was the first to ban smoking in enclosed public spaces, in March 2006, and is now fighting in the European courts to set the minimum unit price of alcohol at 50p.

Ms Robison said that, while problems with poor diet, obesity and inactivity were common to many western European countries, Scotland had a particular problem in its “legacy of deprivation”.

“If you look at parts of Scotland, particularly in the west, the levels of deprivation have added a huge additional poor health burden,” she said.

“Poor diet, tobacco and alcohol use are much, much higher than the average across Scotland and the health outcomes are much worse. We have a west of Scotland issue… it’s almost a post-industrial legacy of poverty and a lack of hope. Some of the challenges with that are deep-rooted.

“It’s almost as if it was allowed to happen, with communities declining, with the work people had relied upon disappearing and nothing replacing it. There was no major intervention there through the Thatcher years.”

“Charlie puts forward a grim picture. He’s right to, since the surge of japanese motorcyles appeared in the early 60s, the writing was on the wall and the rest is history –  economic and social decline”