A SCHOOLBOY punished in December 2014 for shaving his hair for charity has seen his fund-raising total rocket to more than £16,000.

Stan Lock, 13, decided to lose his thick brown hair after a number of friends and family were struck down by the disease. 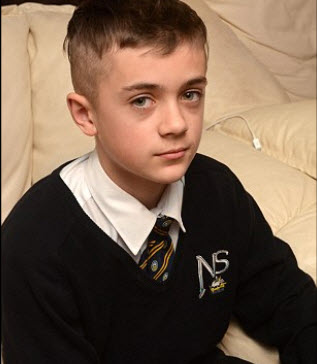 He had the trim after setting up a donation page for Macmillan Cancer Support. But he was devastated when he was told his number zero hairstyle was against his school’s rules.

He spent a week in isolation at Churchill Academy in North Somerset.

His mother Mel Rees, 47, of Compton Bishop, said: “The support we have had has been amazing.

“I’m so proud of Stan. It has made his time in isolation worth it.”

Initial story at the Mail Online