Chris Naylor writing at The King’s Fund –  In the late 1960s the psychologist Martin Seligman made a name for himself by exploring how animals respond to the experience of powerlessness. His research involved delivering electric shocks to dogs in a series of carefully constructed experiments. He found that when the dogs had no control over what happened to them, over time they became passive and stopped trying to avoid the shock. In subsequent tests they did not attempt to stop the electricity, even when given the power to do so.

Seligman coined the term ‘learned helplessness’ to describe their condition. Seligman believed that people, too, could have their sense of agency diminished through repeated exposure to negative outcomes seemingly beyond their control. Talking to people working in public services, I have sometimes heard the term ‘professional fatalism’ used to capture a similar idea – the notion that over time, confronted by complex or chronic problems that are not amenable to a simple solution, and working in systems that are often ill-equipped to support people with these kinds of challenges, it can be hard for staff to hold onto the belief that better outcomes are possible. A parallel process can take place for the people and communities they work with, who may experience similar feelings of powerlessness. 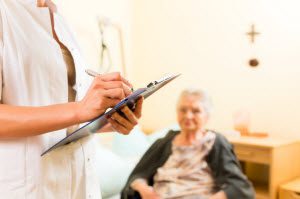 In the face of this challenge, it strikes me that several of the most compelling examples of public service reform we have examined in recent research at The King’s Fund share a focus on giving frontline professionals more control over their work and cultivating positive beliefs about the capacity of staff and service users to bring about change. Take this quote from a social care professional we interviewed as part of our research in Wigan:

Now we can actually do the things we came in service to do… We really wanted to make a difference to people’s lives but couldn’t do that previously and now we can. It is people’s attitudes and behaviours that have changed.

What impressed us most in Wigan was the sense of purpose and self-belief we encountered in staff working for the local authority and other organisations. People told us that this was new, and that the change had come about as a result of senior leaders giving staff greater flexibility to work with service users in a different way to understand what kind of support would work best for them. This was part of a major transformation known as the ‘Wigan Deal’. I was left with the feeling that if the Deal has achieved one thing, it has been rekindling hope among local professionals.

This resonates with what we have seen elsewhere. For example, in our report, Outcomes for mental health services, Ben Collins describes the work of the social enterprise Navigo, which delivers a wide range of services to people living with mental health problems in north-east Lincolnshire. Like Wigan, Navigo has placed considerable emphasis on recasting the relationship between professionals and service users, removing an unhelpful sense of hierarchy, and has achieved impressive results.

Standing back from these and other examples (including our research on the Buurtzorg model of community nursing), there are several distinctive shared features that give a glimpse of what may be needed to build hope both in the caring professions and in the communities they serve. These include:

None of these can be implemented overnight, but our research shows they are achievable ambitions provided organisations have sufficiently bold leadership and an ongoing commitment to challenging engrained ways of working.

In the latter half of his career, Martin Seligman turned away from studying the origins of mental distress and became one of the founders of ‘positive psychology’, which aims to understand the conditions under which people thrive. If public services are to help bring these conditions about, leaders will first need to put power in the hands of frontline staff and the people and communities they work with. Through this shift in power we can build hope, and hope is the fuel needed for improvement.