The number of OAP’s having cosmetic surgery has soared by 49% in seven years, a report has revealed.

Almost two-thirds of surgeons have seen a rise in older people going under the knife, says Nuffield Health.

“They not only want to remain healthy but look well to. They aren’t looking for radical work, normally face rejuvenation.”

Mr Whitworth added that men made up around 10 to 15% of patients in Bournemouth, “many more” than 15 years ago.

Most women have surgery to get bigger boobs. For men, the most popular surgical procedure in 2014 was breast reduction, said the firm. 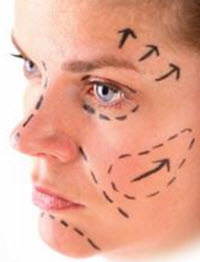 I may be going against the grain here, but, apart from those needing plastic surgery through medical reasons including psychological ones, isn’t there an inappropriate use of NHS resources here.

Don’t people who want rejuvenation through plastic surgery, even if they pay for it, use valuable resources (directly or indirectly) that the NHS can ill afford to lose?

We’ll leave the issue of tattoo’s for now!