The expert group that produced the guidelines looked at the body of new evidence about the potential harms of alcohol that has emerged since the previous guidelines were published in 1995.

There are three main issues on which revised or new guidance is given:

The guidance advises that: 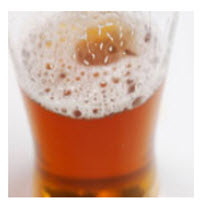 The new proposed guidelines also look at the potential risks of single drinking sessions, which can include accidents resulting in injury (causing death in some cases), misjudging risky situations, and losing self-control.

You can reduce these risks by:

Some groups of people are more likely to be affected by alcohol and should be more careful of their level of drinking. These include:

The guidelines recommend that:

If you have just discovered you are pregnant and you have been drinking then you shouldn’t automatically panic as it is unlikely in most cases that your baby has been affected; though it is important to avoid further drinking.

If you are worried about how much you have been drinking when pregnant, talk to your doctor or midwife.

Why have the guidelines been revised?

There are a number of factors that have come to light since 1995 or were thought important by the expert group so they needed to be highlighted to the public. These include:

Dame Sally Davies, Chief Medical Officer for England, said: “What we are aiming to do with these guidelines is give the public the latest and most up-to-date scientific information so that they can make informed decisions about their own drinking and the level of risk they are prepared to take.”

The proposed guidance comes into effect from January 8. The consultation is due to finish by April 1 2016 and will seek the public’s view on how helpful and easy to use the new advice is, not the scientific basis for it.

Read more about the risks of drinking too much and advice on how to cut down on your drinking.

“Drinking to much can have a disastrous effect on long-term health. Taking on board easy to use advice can be a life-saver for many.”