Mothers would rather go to A&E than call NHS 111 if child was ill, study finds

Charlie Cooper writing for The Independent: Netnums poll in wake of death of William Mead finds 78% of mothers would bypass 111 service

The vast majority of mothers would go straight to A&E rather than call the NHS 111 service if their child was sick, a survey has found.

In a Netmums poll, carried out in the wake a damning report into the death of one-year-old William Mead, from Cornwall, who died from blood poisoning in 2014 after neither GPs nor the 111 service identified the severity of his condition, found that 78 per cent of mothers would bypass 111.

More than 4,000 mothers participated in the survey, which will make worrying reading for NHS officials hoping to avoid overcrowding at A&Es this winter. 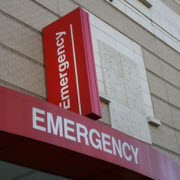 NHS England last night said it was “entirely understandable” that parents wanted to be “safe rather than sorry”, but pointed out that more than 90 per cent of callers to NHS 111 come away satisfied with the advice they received.

The Health Secretary Jeremy Hunt this week pledged to review NHS 111 in response to the report into William Mead’s death from sepsis, to ensure callers always have access to advice from a doctor or nurse when necessary, amid concerns the helpline depends too heavily on call-handlers who are not clinically trained.

Responding to the Netmums survey, an NHS England spokesperson said: “In the vast majority of cases A&E will not be the most appropriate place for a child to have their symptoms assessed.”

“Parents will do what they feel is best for their child, and so they should”