Most GPs would agree to end life – assisted dying

More than half of GPs would be willing to help a patient die if it was legal, a survey has revealed.

Just a year ago a poll showed far fewer – 19 per cent – would be prepared to assist in a suicide. The new survey also found that, for the first time, a majority of doctors do not oppose an Assisted Dying Bill.

Charity Dignity in Dying said the results were a landmark in the campaign to change the law so medics could help terminally ill patients end their lives if they wished.

They come after the high-profile death of tumour patient Jeffrey Spector, 54, of Lytham, Lancs, at a Swiss Dignitas clinic.

The father of three posed for photos at an emotional final meal with his family and friends before doctors helped him to die.

Dignity in Dying chief executive Sarah Wootton said: “The law has to change.

“Dying Britons are being forced to take matters into their own hands simply to have control over their own death.

“We need to treat terminally ill people with compassion and as doctors we should be respecting patient choice and allow people to have the death that they want.”

Of 1,000 doctors who participated in the poll by MedeConnect medical researchers, 54 per cent said they would be prepared to be involved in assisted dying.

Nearly a third of those polled were in favour of a change in the law.

A parallel survey of more than 5,000 patients found that 86 per cent of people would have increased trust in doctors if assisted dying were legal.

Dr Wooton added: “It should come as no surprise that patients would trust their doctors more if they supported assisted dying because this would allow for more honest, open end-of-life discussions.” 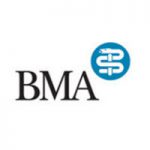 The British Medical Association – the doctor’s union – opposes a change in the law. Progress of an Assisted Dying Bill being discussed in the House of Lords was halted when the General Election was called.

“My mother was in an appalling state before she died, through dementia, and didn’t have the capacity to ask for the chance of an assisted death. I would have seen it as a true kindness to have helped her pass over, well before, gratefully, a coronary thrombosis took her”