More men than women in the “sandwich generation” provide day-to-day help for ageing parents, while supporting their own children, a study indicates.

Nearly three quarters of fathers said that they helped to “maintain the wellbeing”  of a parent or a parent-in-law compared with two thirds of mothers, according to Mintel, the market research company. Men were also more likely to support parents financially.

Overall, nearly four in ten did shopping for their parents, the most popular task, and the same proportion took parents for medical appointments. Nearly a third went with them on holiday. 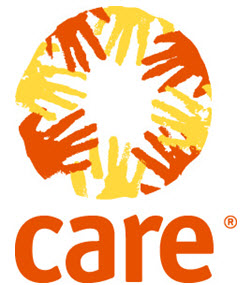 Jack Duckett, a consumer lifestyle analyst at Mintel, said that today’s parents were increasingly under pressure to care for and support not only their own offspring but also ageing parents while holding down a job.

“As the sandwich generation grows, providing additional support to those caring for both children and parents, as well as providing them with opportunities to take time out for themselves, will be essential,” Mr Duckett said.

There is huge value to be found in helping these multi-generational family structures enjoy time together, as it allows them not only to build strong emotional bonds, but also to share important life skills.”

One major benefit to arise from the time pressures put on sandwich generation adults is the number of hours children get to spend with their grandparents.

Three quarters of parents in this category say their children spend some free time with their grandparents and that they try to find activities all three generations can do and enjoy together.

Emily Holzhausen, director of policy at the charity Carers UK, said that men were also active full-time carers of parents and elderly relatives.

“Caring is something that affects us all at some point in our lives, whether we find ourselves providing support to someone we love or need some help ourselves. Although people often think of caring as a women’s issue, four in ten carers are men,” she said.

“Carers UK’s research shows that caring can have a big impact on carers’ lives even when it is not around-the-clock. It can be a struggle for many carers trying to juggle care for an older parent alongside work or other family responsibilities like childcare, while still finding time to look after their own health and wellbeing.”

“Many carers ruin their own mental and/or physical health looking after a loved one – Because they don’t want to lose them and they couldn’t ‘hack’ seeing them in a bad way, stuck in a nursing home.”