Government Changes to the benefit cap came into effect on 7 November 2016, reducing the total amount of benefits a household can receive.

A new benefit cap came into effect from 7 November 2016, meaning the total amount workless households can receive in benefits will be limited to £20,000 across the UK or £23,000 within Greater London.

Before the benefit cap, there was no limit on the amount households could claim in state support, which often left no incentive for people to find work.

The Government says that the benefit cap is based on a clear principle that work should always pay more than welfare. The evidence shows that since its introduction in April 2013, the benefit cap has provided a clear incentive for those who can work to move off welfare and into the security of a job. New figures show that almost 23,500 households who previously had their benefits capped have moved into employment. 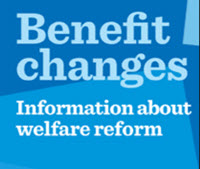 Each statistic represents a person who has moved into employment and can now enjoy the security and dignity that work brings.

By making sure that those people who are out of work are faced with the same choices as those who are in work, the benefit cap has been a real success.

By lowering the cap today, we are ensuring the values of this government continue to chime with those of ordinary working people and delivering on our commitment to make sure work pays more than welfare.

The lower cap delivers on this government’s commitment to put work at the centre of the welfare system, ensuring it remains fair to both the taxpayers who pay for it and to those people who need it.

The new lower cap will be phased in across the country from 7 November 2016, and will be fully implemented by local authorities by January 2017. All claimants potentially affected by the new lower cap have been contacted by the government and local authorities ahead of these announced changes. This ensures they are aware of the help and support that is on offer, such as budgeting support, opportunities to learn new skills and help with childcare costs.

The department is also working closely with local authorities. To support those affected by the benefit cap changes, over £1 billion of Discretionary Housing Payments will have been provided to local authorities by the end of this parliament.

The new lower benefit cap will be fully implemented across the country by January, in phases, beginning from 7 November 2016. Anyone working and receiving Working Tax Credit will be exempt from the cap, as will households where someone receives Disability Living Allowance (DLA), Personal Independence Payment (PIP), or the support component of Employment and Support Allowance (ESA). Those claiming Carer’s Allowance or Guardian’s Allowance are exempt from the new cap, in recognition of the valuable contribution they make to society.