Justice for 91 year-old – Locked Up in Dementia Unit

Essex County Council should be thoroughly ashamed after keeping a 91 year-old man in a LOCKED dementia unit against his wishes for 17 months.

This was despite his repeated insistence that he wanted to go home and expert advice that said he was capable of deciding where to live.

Thankfully the tireless work of a friend means that the man has been returned home to be reunited with his beloved cat Fluffy and awarded £60,000 in damages by a judge. 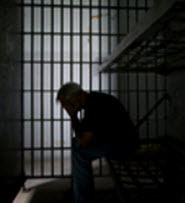 The social workers who effectively imprisoned the man for no reason did so without a shred of respect for his dignity. He was taken from his home of 50 years while wearing his dressing gown and no trousers.

This is indicative of a social care system that all too often completely fails to demonstrate common sense and compassion. This is especially the case for the elderly and those with dementia who are frequently not given the standard of treatment they deserve.

As the judge rightly said the council’s conduct was “reprehensible”. They deprived the man of his liberty and subjected him to a cruel and lengthy ordeal.

It is horrifying to think of others who find themselves in the same position but are not fortunate enough to have friends or family willing and able to take on the authorities.

“County councils and local authorities have for far too long been untouchable and not brought to book on many issues where questioning is deserved. Have you ever thought you could “take them on” over an issue you were not happy with?