Jeremy Corbyn has appointed a shadow “Minister for Mental Health” to his shadow cabinet, Labour has announced.

Luciana Berger will directly work on mental health issues and consider how they can best be addressed by the NHS and prioritised by a Labour government.

The post, which is Cabinet-level, is a new creation of Mr Corbyn’s shadow administration and has no identical counterpart in the Conservative government. 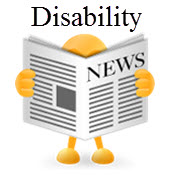 “We have delivered a unifying, dynamic, inclusive new Shadow Cabinet which for the first time ever has a majority of women,” Mr Corbyn said in a statement.

“I am delighted that we have established a Shadow Cabinet position for mental health which is a matter I have long been interested in.”

The Government currently rolls responsibility for mental health into a junior care minister position. The new role will report to the Shadow Health Secretary at the Department of Health.

Mr Corbyn spent his first day as leader attending a fundraiser organised by his local NHS mental health trust. He was criticised in the press for attending the event in lieu of a planned appearing on BBC One’s The Andrew Marr Show.

In a speech in Parliament in February this year Mr Corbyn explained his attitude to mental health and why he thought the subject was so important.

“I dream of the day when this country becomes as accepting of these problems as some Scandinavian countries are, where one Prime Minister was given six months off in order to recover from depression, rather than being hounded out of office as would have happened on so many other occasions.”

Mr Corbyn said at the time that he believed access to “timely and appropriate” treatment was the biggest issue for mental healthcare, alongside the recognition of mental disabilities by the Department for Work and Pensions.

“I have had far too many anecdotal reports from constituents and others who go for a Department for Work and Pensions availability for work test,” he said.

“If they have a physical disability, it is usually fairly obvious and it can be quantified and, we hope, taken into account in how the interview and test are conducted. If somebody has a mental health condition, it is not so obvious and cannot be so easily quantified.

“There are far too many cases where the stress levels are unbelievable for people who have been forced into these tests.”