Cabinet Office minister Matt Hancock on Monday told Parliament that the public would not be able to make binding requests for information about the inquiry’s workings.

“As with other temporary review bodies, the Independent Commission on Freedom of Information is not subject to FOIA,” he said.

Freedom of information law helps the public hold public bodies to account by granting access to information and documents with certain caveats.

Ministers have set up a commission to low at how the public’s right to know can be watered down after they and their officials complained about having to follow the transparency rules.

The Commission could see the act de-clawed by changing cost limits or allowing officials to include time spent “thinking about” answering a request for information in their cost limit calculation, among other proposals. 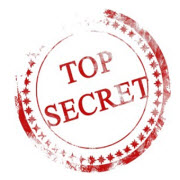 The announcement comes as ministers said their ability to keep things secret from the public was facing “worrying” erosion.

“I think it is absolutely vital that we ensure that the advice civil servants give to ministers of whatever government is protected, so civil servants can speak candidly and offer advice in order to ensure ministers do not make mistakes,” Michael Gove, the Justice Secretary said.

“I think there has been a worrying tendency in our courts and elsewhere to erode that safe space for policy advice. I think we do need to revisit the Freedom of Information Act, absolutely.”

The Financial Times reported earlier this year that Downing Street automatically deletes its emails after three months, a policy which makes it harder to use freedom of information.

It is also used on a daily basis by campaigners at a local level to hold institutions to account.

“The Freedom of Information Act should be available to us all on issues that cause deaths, suffering and deprivation. It’s been proven we need it!!!”