How will the new Charities Act affect your Charity?

The Cabinet Office published a timetable today that explains when the different sections of the new Charities Act are going to take effect. Largely these are broken down into three separate phases – July 2016, October 2016 and April 2017. A helpful set of explanatory notes on what each of the different clauses means will also be published on legislation.gov.uk next week.

Many of the Act’s provisions help to address gaps in the Charity Commission’s protective powers and will only affect a relatively small number of charities and individuals.

However, it also makes a few significant changes – most notably on disqualification – of which all charities will need to be aware. The timetable gives trustees sufficient time to take any action that is needed. 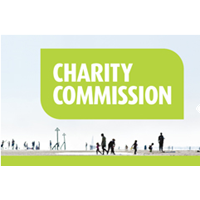 We’ll be issuing further updates and information about the provisions in the coming weeks and months – look out for the next edition of Charity Commission News and updates on Twitter and on our website. However, we wanted to use this opportunity to set out now what the main changes cover and how we’re planning to help you prepare for their introduction in the coming months:

1. Consultations on how we use our new powers to disqualify and administer official warnings

On Monday we’re going to be consulting about how we use our power to disqualify individuals from being trustees and holding senior management functions. We will seek views on an updated version of last year’s policy document  which set out how we plan to use the power and the factors that will affect the length of the disqualification. The consultation will last three months.

We’ll also be consulting on how we’ll use our official warning power that will be available to us from October. That consultation is likely to start in late June and will be publicised widely.

We’re going to be updating our investment guidance in time for the introduction in July of this power which allows trustees to invest their charity’s money to get a financial return (even if it’s below a commercial rate) and, at the same time, further its charitable purposes

In July, a number of protective powers will come into force including the power to direct a charity to wind up and the power to direct charities to not take a particular action. Some of these powers can only be used when we have opened a statutory inquiry. As such, most charities and trustees will not be affected but these powers will improve the Charity Commission’s ability to resolve cases with a better regulatory outcome when we do use them.

October will see the introduction of changes to fundraising agreements, following last year’s concerns about charities’ fundraising activities. They will require, in addition to existing requirements already in force, agreements with commercial fundraisers to be clear about certain standards, how they protect the public (including vulnerable members of the public) and how the charity monitors their compliance. They will also require auditable charities to include statements about these matters in their annual report.

Look out for more information about these requirements in the updated version of our fundraising guidance (due in June) and in our updated accountancy guidance.

Next April will see some badly needed strengthening of the list of reasons that will automatically prevent someone from being a trustee and will include, for example, unspent convictions for terrorism or money laundering, or individuals who have been convicted of certain sexual offences. It’s also going to mean that all the automatic disqualification provisions (including the existing ones covering bankruptcy, individual voluntary arrangements, convictions for dishonesty and deception related offences) will cover senior managers such as those in chief executive and finance director positions.

We’ll be issuing more information to help charities identify if these disqualification provisions will affect them. The start date, April 1 2017, is a long way away but we know that charities will want to prepare in good time. Those who are disqualified will need to stop acting in these positions or apply for a waiver, which will be decided upon on a case by case basis. We’ll issue a timetable and more information on this soon.

The overall timetable that has been published will help us at the Charity Commission plan and prepare to use the new powers we have been given. It will also give charities and trustees the opportunity to plan for any changes that they need to make as a result of some of the new provisions.

We will be communicating all the changes you need to know about – this blog is a start of that process. So, follow us on twitter, sign up for updates and Charity Commission news and keep an eye on the website in the coming weeks and months.