Losing a loved one is a distressing time and worrying about the costs of a funeral often adds additional stress.

Funeral Payments (also called Funeral Expenses Payments) are available to people who receive certain income-related benefits to help pay for the funeral of an immediate friend or relative.

The Department for Work and Pensions is proposing to make improvements to Funeral Payments to make it clearer who is eligible and easier for people to claim. It has launched an open consultation to seek views on these changes. 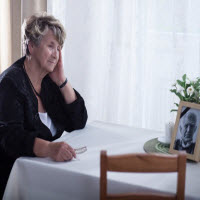 What do the proposals include?

What are Funeral Payments?

Funeral Payments can help pay for:

People in receipt of the following benefits may be eligible for a Funeral Payment:

How do I give my views on the Funeral Payments consultation?

All members of the public can respond. The Government would particularly value views from people who have experienced bereavement and those who have accessed Funeral Payments in the past.