From lab to bedside: ensuring new medicines are available in a cost-effective and timely way

David Omojomolo writing at The King’s Fund: At a challenging time for the NHS in terms of finances, demand for services and patient expectations, policy-makers need to ensure patients have access to new medicines in a cost-effective and timely way.

Much of recent investment from the pharmaceutical industry has been in personalised medicines, using advances in the understanding of genetics to tailor medicines to individual patients. Individualisation does come at a cost, with associated larger costs for research and development, manufacturing and treatment dispensing. These high costs per patient may be unaffordable in the context of an economic evaluator like NICE, even if outcomes are better than best practice. For example Kymriah, a CAR-T cell therapy, has the potential to extend the lives of even the sickest blood cancer patients but at an estimated cost of $475,000 per patient. 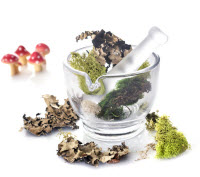 Other new medicines may offer affordable treatment on a per-patient basis but have such large potential patient populations that the total cost is deemed unaffordable, this time by the payer NHS England. In 2015 NICE deemed Sofosbuvir (a treatment for hepatitis C) cost effective and recommended several indications/treatments for routine use. NHS England was alarmed by projected treatment costs of £700 million annually – driven not by the cost of each individual treatment but by the large patient population. Through a protracted process NHS England capped availability to the sickest patients: its efforts were successful, restricting the bill to a fraction of projection, although medicine reached patients 10 months later than originally expected and some less serious cases are still ineligible for treatment.

In March 2017, NICE introduced the Budget Impact Test, which formalised the affordability checks NHS England wanted to apply to recommended medicines and applied a funding envelope. Medicines recommended by NICE need to have projected spending of less than £20 million in each of first three years they are available on the NHS to be automatically recommended. Manufacturers of medicines that exceed this have to enter into commercial negotiations with NHS England to manage affordability. If these are unsuccessful, NHS England can request NICE extends the time it has to make a cost-effective medicine available from the 90-day statutory requirement to up to three years from approval.

Apart from objections to perceived delays in making medicines available, there have been concerns behind the fairness of £20 million threshold. As the example of Sofosbuvir demonstrates, even products that are clinically and cost effective per patient can dent the threshold if there is a large population of eligible patients.

There was hostile reaction to the Budget Impact Test from the pharmaceutical industry, which brought a legal challenge on the grounds the test was incompatible with 90-day availability pledge, a challenge which ultimately failed. It is early days for the test so it is hard to measure success: to date only one drug scrutinised by NICE– Pembrolizumab (a lung cancer treatment) – has failed the Budget Impact Test and in the end price negotiations between NHS England and its manufacturer were fruitful enough for NHS England to deem it affordable for routine availability.

The Office for Life Science competitiveness indicators compares UK performance in a series of life science metrics against a range of comparator countries. The most recent indicators suggests the UK lags behind its peers in how quickly recommended medicines are made available, which is why many think streamlining the medicines access pathway should be a priority. The government has attempted to speed up access through a set of reforms recommended by the Accelerated Access Review report. One being the accelerated access pathway, which aims to bring breakthrough medicines to market and then to patients as quickly as possible.

Whether the scheme can actually improve outcomes is another question. The US Food and Drugs Administration has had a number of similar expedited review schemes for decades; however, evidence on the effectiveness and safety of medicines on these schemes compared to non-expedited medicines is mixed, with signs their introduction has incentivised manufacturers to weaken the evidence they submit to regulators to demonstrate clinical safety and efficacy for fast-track medicines. The accelerated access pathway needs to show coherence to differentiate itself in an already crowded marketplace of similar levers available to NHS England/NICE. Furthermore, it needs to ensure only medicines that clearly demonstrate innovative potential are chosen to be fast-tracked.

Recent policies from NHS England indicate that it has clear ideas about what should be routinely provided on the NHS. However, there is concern that its decisions are based on the wider funding issues in the NHS rather than on what NICE believes may be cost effective in the long term and that some NHS England decisions may be detrimental to patient access.

This is all happening as NHS England plans how increased funding settlement is spent. If money can be earmarked to transform medicine spending, the current affordability and access trade-offs NICE and NHS England are implementing for new medicines may be temporary and perhaps NICE guidance can be more strictly adhered to.