The Government’s Work Programme is making the lives of people with mental health problems worse and actually making them less able to work, research by a charity has found.

Mind said the flagship scheme, which requires people to take unpaid work allocated by contractors on pain of losing their benefits, was taking entirely the wrong approach and actually undermining work.

Research by the charity found that most people on the scheme because of their mental health problems reported worsening health issues due to their experiences of it.

83 per cent of people surveyed said the scheme’s “support” had made their mental health problems worse of much worse. 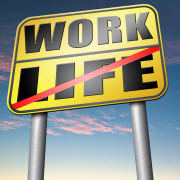 Additionally, over three quarters of people – 76 per cent – said the Work Programme had actually made them feel less able to work than before they were allocated to it.

The results chime with figures released in a number of previous years suggesting that people on the Work Programme are actually less likely to return to work than people who are simply left to their own devices.

In the first year of the £450million programme, just two out of 100 people on the scheme returned to work for more than six months.

In 2013 Labour’s then shadow work and pensions secretary Liam Byrne described the scheme as “literally worse than doing nothing”.

“This punitive approach is backfiring … even the threat of being sanctioned can be enough to cause anxiety.

“We often hear from people who are filled with dread every time they receive a letter or phone call, in case they’re told the vital support they get from disability benefits has been reduced or stopped altogether.”

The charity said other models for schemes could be administered at a lower cost and produce better outcomes.

Mental health has moved up the political agenda in recent weeks. David Cameron yesterday admitted that his Government could “do more” to improve mental health services.

Labour leader Jeremy Corbyn meanwhile announced the creation of a dedicated mental health minister for his shadow cabinet.  He also used his first Prime Minister’s Questions to raise the issue and attended a fundraiser for a mental health trust on his first day as leader.

The Independent contacted the Department for Work and Pensions for comment on this story. A DWP spokesperson said:

“Previous job schemes did not do enough for disabled people or those with mental health issues, which is why we introduced the Work Programme.

“People claiming Employment and Support Allowance are not expected to work, however through the scheme we provide flexible support so they have the right skills for when they are ready to re-join the workforce.”

“I was under the impression many people on ESA ‘are expected’ to work through them failing a work capability assessment, self-administered, by the DWP”