Drugs Companies Giving Up On Alzheimer’s

James Moore’s comments in the Independent regarding the revelation that drug companies are giving up research on treatments for Alzheimers disease which appears to be nothing less than shameful.

Alzheimer’s is a hideous condition that exacts a brutal toll on sufferers and their families. It is already one of the developed world’s most pressing health problems. demographics may soon make it the most pressing. 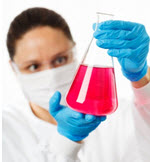 There is no shortage in the market for treatments. The trouble is that the cost of developing new therapies and then getting them through the regulatory systems of developed countries is extremely high. The approvals process is rigorous, as it should be, but it causes costs to escalate towards the end of a drug’s development leaving companies with huge bills should they fall at the final hurdle. Those costs are then recovered through the pricing of new drugs but the problem remains.

It is now 12 years since the last treatment was licensed in the UK.

Pharmaceuticals firms develop close to 90 per cent of new drugs but they are not charities. Their job is to earn a return on their product’s for their shareholders. So while it is dismaying that research has ground to a halt, it is hardly surprising that they have chosen to focus more on profitable lines. Railing against commercial reality is a pointless exercise. Yet the need to take action on Alzheimer’s remains urgent. Quite apart from the toll in human misery it exacts, the costs are truly staggering.

The launch by the charity Alzheimer’s Research UK of a Drug Discovery Alliance is therefore an important development. It will see the creation of a network of £30m research centres, involving 90 scientists at Oxford, Cambridge and University College London, who will spearhead the search for new treatments.

Such a collaborative effort is vital if progress is to be made, and further work along these lines would be welcome. So would the involvement of the state. There are always calls on the public purse but the potential time bomb that lurks beneath the social care budget as the numbers of those afflicted by Alzheimer’s grows ought to concentrate efforts.

But the drug industry could play a role too, for it ultimately stands to benefit in one way or another. It needs to recognise that if it cannot do the work on it’s own, it could at least make greater efforts to assist those that can. Corporate social responsibility demands it, and so does common humanity.