A SCHOOLBOY who wanted to see the hit Stephen Hawkins film could not get in a cinema because of his wheelchair.

Barry Smith, writing in the Daily Star about Joe Francis, 12, who was told the Odeon was not showing The Theory of Everything at a screen with wheelchair access. 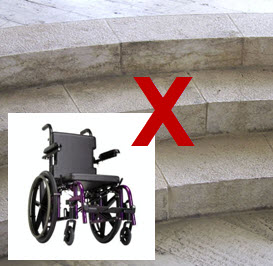 His mum, Kelly Jones, 36, had phoned their local cinema in Harrogate, North Yorks, to make sure her son would be able to get into the theatre.

She said: “It’s quite ironic as it was National Disabled Access Day, and we were going to see a film about the most famous disabled person in the world and they had no disabled access.

“Joe was left confused by the whole thing , he couldn’t understand why they couldn’t show it for him on another screen.

“He said to me, the film was supposed to inspire people but how can somebody in a wheelchair be inspired if they can’t see it?”

The cinema has offered her free tickets to a showing this Friday but the family will not be going.

Jason Stanton, head of guest experience at Odeon, said the Harrogate branch was a listed building so they could not change it’s layout.

But they rotate films in the three screens that have access for people with disabilities.

“It’s a shame that access problems are still so commonplace.”