Charlie Cooper writes in The Independent – Cornwall is set to win its own “NHS devolution” deal, which could see the county take control of a £2bn combined health, care and welfare budget by the end of the decade, according to reports.

The deal would see Cornwall follow Greater Manchester as the second English region to bring its NHS and council-funded care services together under one budget, controlled by council and local health authorities. 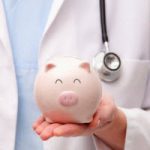 Although details of the plan are still to be finalised, the Health Service Journal (HSJ) and the Local Government Chronicle (LGC) reported that the Chancellor George Osborne will announce a new deal for Cornwall in next week’s budget.

Integrating health and social care is central to the Governments future plans for the NHS.

With a growing elderly population who are dependent upon the NHS and their local council for long-term care, the historic separation between the two sectors is seen to be holding back effective, joined-up care between the home and hospital.

Scotland has already legislated for councils and local NHS boards to pool their health and care budgets. In England, a deal announced in February to hand a £6bn health and care budget over to local councils and NHS bodies in Greater Manchester, was seen as firing the starting gun for wider reforms. Some smaller local areas already have forms of integration  in place.

The milestone moment in NHS history will see Manchester take full control over health and social care budgets, with a combined value of £6bn, taken on by 10 local councils and 12 NHS clinical commissioning groups in the Greater Manchester area. The changes, part of a wider strategy known as DevoManc, start to come into effect next year.

According to HSJ and LGC, citing senior sources, the Cornish deal will see health and social care services jointly commissioned by the GP-led Kernow Clinical Commissioning Group and  Cornwall Council.

The HSJ rreported that NHS England does not at present intend to delegate budgets for certain specialist health services, which it controls centrally, to Cornwall.

A Treasury spokesperson said the Government could make no comment in advance of Wednesday’s Budget announcement.

“One can only hope a successful blueprint evolves from these ‘new deals’. Will any self-interest and resistance to change, of the parties involved, be overridden for real change and the greater good.”