Charity leaders are warning the Government’s moves to give Greater Manchester power over health and social care spending could be flawed because voluntary organisations appear to have been forgotten in plans.

Under the policy, which has been championed by the Chancellor, George Osborne, 10 councils will come together under an elected mayor to take over the region’s £6bn health and social care budget. 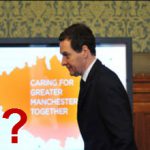 Ministers hope the scheme will be a trailblazer for the transfer of power from Whitehall to English regions. But the Association of Chief Executives of Voluntary Organisations (Acevo) protested that the detailed planning in Manchester barely recognised the role of charities in delivering social care for children, the elderly and vulnerable adults.

It includes providing “meals on wheels” and befriending services for older people, help for homeless teenagers and transport for all ages.

Acevo accused the Government of a “grave oversight” after a memorandum of understanding setting out plans said that the “role of the third and private sector in the arrangements… remains to be determined”.

Its chief executive, Sir Stephen Bubb told The Independent newspaper: “I welcome devolution with open arms as a magnificent opportunity to reform and restore services, but it appears the rhetoric doesn’t match the reality.”

He said that the voluntary sector, which would be crucial for delivering services, should be treated as an “aside in a flagship devolution document” and said it was essential to get the Manchester scheme right.

A Government spokesman insisted the agreement would closely involve the third sector. “strengthening communities and supporting individuals through working together with the third sector will be central to the approach the Government take,” he said.