Patients who use A&E after getting drunk should pay for treatment, the majority of Brits believe.

Around 80% per cent said boozers who clog up casualty should have to pay for their care. Charging for boob jobs and cosmetic work also received heavy backing. 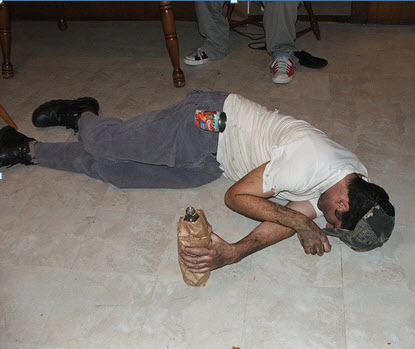 But a slim majority of 45 per cent over 39 per cent say people fighting obesity should not have to fork out for weight loss surgery.

Anthony Wells, research director at pollsters YouGov, said: “People aren’t happy about the NHS picking up the bill for things people brought on themselves – except when it might end up saving the NHS money in the long-term.”

A&E units failed to meet waiting time targets in the first week of January – after three of the worst weeks on record over Christmas.

Alcohol Concern says the number of drink-related casualty admissions hit almost six million in 2012-2013, with the bill for inpatients reaching £1.3million. Dr Cliff Mann, the head of Britain’s A&E doctors, wants drunks clogging up A&E’s to be locked up.

Both the Tories and Labour have stated they would not charge drunks to use hospitals.

But a spokesman for the drinks industry body, the Portman Group, said: “Anything that helps to make it clear that we are not prepared to tolerate drunk and disorderly behaviour should be explored .”

“The problem is – will the monies needed to tackle these issues, if taken on, be clawed back? – doubtful. The governors of our NHS, over the years, have allowed it to become unaffordable.”