A mother and daughter face jail after being found guilty of defrauding a 92 year-old widow out of £500,000 in a bogus care scam during which they used her drive as a pitch for their own burger van business.

Wendy and Lisa Bell “milked” Parkinson’s sufferer Audrey Hammond out of her money by charging extortionate rates to look after her.

They were described by a prosecutor as having “grossly overclaimed” for work as well as using the house’s drive as a base for the burger van business.

A jury at Bradford Crown Court yesterday took five hours and 22 minutes to deliver the verdict. 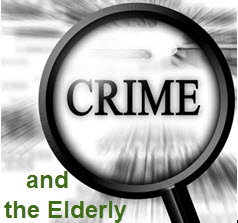 Wendy Bell, 57, was convicted of conspiracy to defraud and a further charge of fraud by making false representations to Mrs Hammond’s power of attorney solicitor Myron Handzij.

The verdicts ended a three-week trial in which the jury heard how the Bell’s, together with Amanda Carroll, 44, Linda Mynott, 60, Caron Gilbert, 33, and Alice Barker, 59, all overcharged Mrs Hammond for poor and sometimes uncompleted care.

Wendy Bell was overpaid by more than £138,000 over three years. The trial heard that Wendy Bell and Carroll began working for vulnerable Mrs Hammond in 2008 and recruited friends and family to become her so-called carers.

Prosecutor Stephen Ward said: “Each of them was charged with the responsibility of caring for an elderly and frail lady who through debilitating illness was not capable of managing her own affairs.

“Not one of these family or friends who were appointed as carers had any qualification to provide care for a patient with Parkinson’s disease.”

The defendants will all be sentenced on February 13th.