Care Home Patients at Risk Through Lack of Water

Staff  ‘don’t want them going to the toilet at night’

The Daily Mail reports today regarding elderly care home residents’ lives being put at risk because many staff do not give them enough to drink, experts warned yesterday. 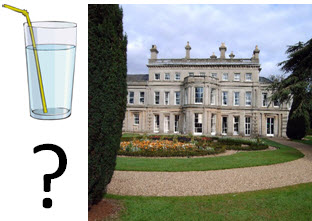 They were found to be at least five times more likely to be dehydrated on admission to hospital than those living in their own homes.

Residents who had not been given enough fluids by care home staff were also up to ten times more likely to die in hospital than patients who arrived properly hydrated, they said.

Some carers are suspected of not giving their patients enough fluids because it makes them more likely go to the toilet or suffer incontinence during the night.

In a report, the researchers said the findings were ‘disturbing’ and ‘distressing’ and that conditions in some care homes may be as bad as those found by the Francis Inquiry into the Mid Staffs hospital scandal, which found patients had been drinking water from vases.

Their warning comes at a time of growing concern about standards in some homes and the ability of regulators and social workers to ensure they are well run.

These concerns were underlined last year when two unsatisfactory Surrey homes were closed by industry regulators the Care Quality Commission, one so quickly that residents waited to be moved for hours in their pyjamas on one of the coldest nights of the year.

The study calls for strict measures in hospitals to check how care homes treat residents.

If one elderly person at a care home is found to have high sodium levels that indicate dehydration, the home’s GP should be alerted, it said. If there is a second case, the Quality Care Commission should be alerted.

The study published in the Journal of the Royal Society of Medicine, was based on records of more than 20,000 patients aged over 65 who went into North London hospitals over three years.

It found that the official figure of just 200 elderly people admitted to hospital each year from care homes with dehydration was ‘implausibly low’. The main author, Dr Anthony Wolff, of the Royal Free London NHS Foundation Trust, said: ‘I have anecdotally heard  that care home workers have been advised not to give too much water to reduce incontinence and people getting up at night.

‘It may be these workers are thinking they are doing the right thing. Residents don’t want to get up at night, they are at greater of falling and there is a greater risk of being incontinent.’

The study explained: ‘Our findings are consistent with concerns about the quality of care in care homes.

‘Care home staff do not offer water in sufficient amounts, either as an act of omission or, more perversely, as an active decision in an attempt to reduce incontinence and frequent requests for assistance.’

American research, it said, found there was a worse risk of dehydration when homes were inadequately staffed and workers did not speak English.

It said the link between dehydration and death in hospital was a matter of further concern.

Norman Lamb, the Minister for Care and Support, said: ‘Failings of care that lead to people being dehydrated are completely unacceptable and if it is being done deliberately then this is abhorrent.

‘The law is very clear – care homes must make sure residents get enough to eat and drink  and we are making it easier to prosecute homes that fail to do so.’

‘Older people may need assistance with drinking, and we need to ensure that care home staff are trained to help them drink enough and avoid health risks associated with dehydration, like confusion, low blood pressure and falls, which can lead to hospitalisation.’

Dr Ros Altmann, the Government’s business champion for older workers, said: ‘This is a problem that can be fatal – many elderly people die of dehydration, which simply should not happen in this day and age.