The Guardian writes that one of the most insidious myths about “welfare” – an Americanism that has come to supplant the more descriptive “social security” – is that it is a lifestyle choice.

It is a politically useful myth , too, because it implies that every individual and family in the country has the choice of relying on benefits or getting a job. And if that is the case, then no one can ever get hurt because of cuts to benefits just because they can always get a job instead. Even now, with record numbers of jobs being created, it is not the case in all parts of the country all the time.

During the recession, Britain’s unemployment soared and benefit payments went up not because everyone suddenly got lazy or because the handouts were so much more generous (quite the reverse), but because the economy went into reverse. People who lost their jobs did not make a lifestyle choice to hang around at home all day watching television, and it is an insult to suggest it. 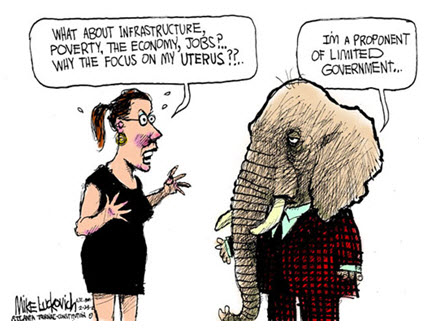 Shamefully, then, the Prime Minister has done his bit to perpetuate the myth of welfare scroungers with his latest policy announcement – a new, lower cap on benefits, £23,000 a year rather than the current £26,000. He has linked this, craftily enough, with increased funding for apprenticeships, which are one of politics “good things”, that no one disagrees with. The erroneous impression is that they are linked in some way, a ludicrous notion. Besides, these families concerned never see the £23,000 in cash – the great majority of it goes in rent, and the reason rents are so high is because of the housing shortage, again a direct result of chronic under-investment in social housing.

Every element of Mr Cameron’s latest wheeze is cynical. He also wants to take housing benefit from 18 to 21-year-olds. Even for an election campaign this is crude stuff. When he became leader of the Tories, Mr Cameron pledged to help rather than hurt the poor. The latest measure suggest he thinks the poor don’t decide elections. The pity is, he may be right.

“Our Government IS a charade – pandering the “alright jack’s, cowing to to the EU,  and literally knocking years off the lives of disabled and poor people through monetary worry.”