Age UK, one of Britain’s biggest charities could be losing millions – because of thefts by its own shop workers.

Some volunteers are failing to register the full amount of cash paid at tills or are taking donated goods themselves.

Shocked bosses at the charity, which helps older people, have been forced to install hidden cameras to trap thieves.

An insider said: “The thefts ranged from an old cardigan to thousands in cash. Some staff were helping themselves to anything and everything.

“This is appalling behaviour by the thieves, many of whom were only in the shop in the first place under the guise of doing charity work. The bottom line is that some donated goods and purchases made in good faith haven’t done a jot of good towards helping the elderly.”

It is understood Age UK last year drafted in a retail “profit protection” firm to carry out a nationwide investigation. Some cases have been passed to police. 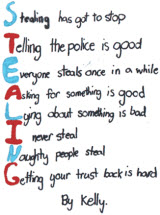 Age UK said it had assessed 13 stores. A source said it was thought cases of dishonesty had been found at most.

Charity shops earn the charity around £46million a year and if the same level of theft was happening nationwide, the sums lost could run intro millions. Sources said one con involved purchases being “under ringed” in tills and staff simply pocketing the difference. Police in Dorset are investigating the disappearance of thousands of pounds at one store.

In North London staff resigned from a branch after alleged thefts were discovered.

When those allegations came to light, Age UK confirmed it had “identified theft of cash and stock”. Volunteer Sean O’Hara, 46, last month admitted stealing £1,100 from an Age UK branch in Arnold, Notts. Nottingham Magistrates heard he failed to register sales in the till and helped himself from the cash box. O’Hara, who was given a 12-month community order, was caught by a hidden camera installed after profits halved.

Age UK said: “As an extension of our regular assessment and part of our targeted monitoring activity, we recently reviewed 13 out of our 430-plus shops.

“We recognise that we have a duty to protect the value of donations given by our generous donors, the large number of committed staff and volunteers and the older people we support. We have launched enhanced loss-prevention procedures.”

“The running costs of big charities are a high enough percentage of total income without an increase through pilfering.”