2,ooo Too Fat to Work – Are They Spongers?

More than 2,000 people are living off benefits because they are too fat to work.

The number of obese claimants has almost doubled in Britain since 1997.

Some experts have blasted the fatties as “lazy”, while others claim over-eaters need medical help. Tam Fry, spokesman for the National Obesity Forum, said: “Too many people are saying: ‘I can’t work because I’m fat.’

“A lot of people might qualify if they have a medical condition they can do nothing about and they can quite legitimately get disability allowances. 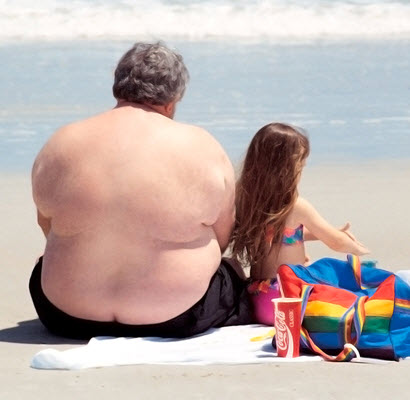 However, far too many people get benefits simply because they are too lazy to get a job.

“A lot of people get fat because they are depressed.

“That’s not a reason to give them a disability allowance. It’s a reason for health professionals to help them tackle their weight.”

The figures emerged after an overweight mum and daughter told how they did not want to work because they rake in £36,000 a year in handouts between them.

Twenty-five stone Janice Manzur, 44, and daughter Amber, 25, from Kirckaldy, Fife, said they could not help being fat and deserved the money.

And earlier this month, Stephen Beer, 45, and Michele Coombe, 43, also claimed they were to massive to find a job.

They appeared in a Channel 5 show called Benefits: To Fat to Work.

In 1997, the number claiming incapacity benefit because of their obesity was 1,100. A spokesman for the Department of Work and Pensions said: “Being obese itself does not entitle someone to disability benefits, but rather it’s the associated long-term health effects.”

“The obese people who ‘work the system’ should be rooted out, just the same as everyone else. Obesity for some, however, causes major psychological and medical problems.”