A court ruling means many are owed back payments

In March 2017, the Government changed the rules so that people with mental health issues who struggled to make journeys because of overwhelming distress were entitled to less support from PIP than other people with mobility difficulties. 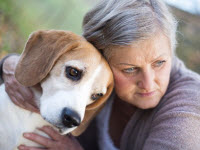 However, the court has now ruled this discriminatory and unlawful, and the Government has accepted the judgement, which means the rule no longer applies.

Up to 220,000 people could expect to have their disability benefit increased in light of this news.

Martin Atkinson, chief executive of disability charity Scope, said: “It’s absolutely right that the Government has accepted the high court’s ruling over the ‘discriminatory’ changes made to PIP last year.

“This announcement is a victory for the many disabled people who have been unable to access support they are entitled to.

“The regulations introduced last March made cruel and unfair distinctions between those with physical impairments and mental health conditions.”

The Government has said it will write to everyone who has been affected and that it will backdate payments to when the award was made.

If you are currently going through a reconsideration or appeal, you may want to reference these changes to make sure that the person making the decision takes them into account.

Find out if you are entitled to PIP